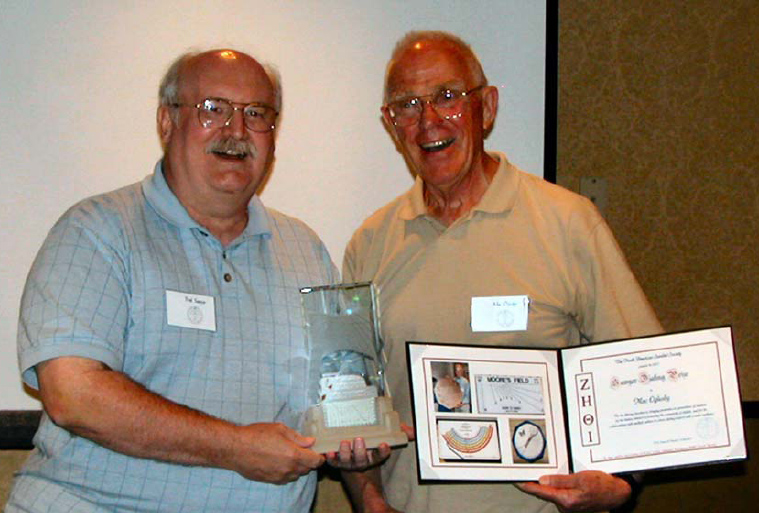 At the 2007 NASS Conference in McLean VA, Fred Sawyer presented the Sawyer Dialing Prize to Mac Oglesby, citing Mac’s unusual dials and his willingness to help others make dials, passing his educational efforts among several generations of people, and his promotion of community interest in sundials.  Once again this year the prize included a custom Spectra Sundial designed and produced by Jim Tallman of Artisan Industrials.  In accepting the prize, Mac thanked many people who had helped him:  Bill Maddux, who introduced him to dials, Fred Sawyer, who brought him into NASS, Bob Terwilliger about Compendium articles, Fer J. de Vries, who helped him through email correspondence, Tony Moss for ideas, and David Roth, with slides of Bill Maddux and Mac and their work.  Mac then distributed cylinder azimuth dials he had made as a gift for each conference participant – specific to his/her own location.