The Compendium from September 2016 exemplifies the idea of "giving the sense and substance of the topic within small compass.”  To begin, the article "Sundials for Starters" looks at the surprising antiquity of the Pythagorean Theorem and the hidden secrets of the right triangle.  This foundational  mathematics is extended by Ortwin Feustel in his article "Globe Sundial of Prosymna - The Enigma of its Ancient Construction is Solved". 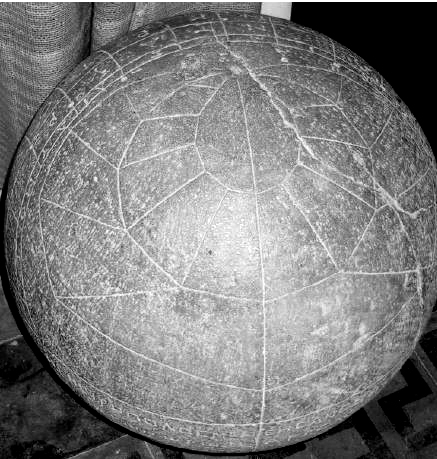 The Prosymna Globe was discovered in 1939 by the American archaeologist Carl Blegen while excavating the ruins of the ancient Greek city of Prosymna (near Corinth on the Peloponnese peninsula in Greece).  The globe is currently kept in the Archaeological Museum of Nauplion. If you like to solve ancient mysteries or the intricacies of spherical sundials, this article clearly explains the curves that can be seen and measured on the globe.  How does the dial work?  One finds the time at the shadow terminator, the line that divides the sphere from sunlight and dark.

Then there is an article on the "Linear Equant Sundial", one of many elegant and modern sundials designed by Fred Sawyer.  The idea is to have a horizontal sundial that uses a second dial face that can be easily rotated to account for the sun's delay and advance across the meridian known as the equation of time.  This dial is brought to life by craftsman and dialist Bill Gottesman. 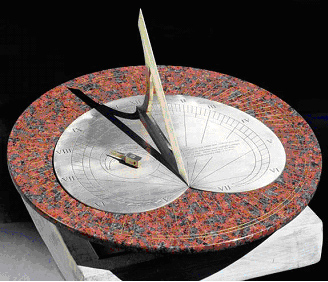 For a change of pace, read Roger Bailey's article "Sundials and Smartphones" where he ponders if a modern compact smartphone could meet all the traveling needs of a modern sundial enthusiast.  He demonstrates the smartphone's usefulness to search for the famous Zarbula's sundials in the French Alps... or determine how far you must walk from your hotel to find a sundial in Rittenhouse Square in Philadelphia.  Roger presents many more resources for dialing that can be found on the web and are accessible via smart phone for the dialist.

Does this make you curious?  Are you interested in the intersection of history, art, and mathematics?  Why not join the North American Sundial Society.  You may download this Compendium issue from the link below.  But why not subscribe and receive this quarterly journal of sundialing?