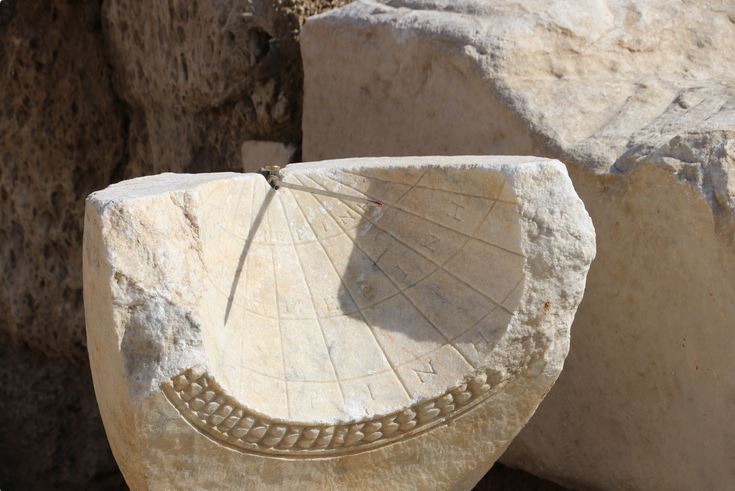 Several years ago in 2017 archaeologists found a rare hemicyclium sundial. Now another hemicyclium in excellent condition has been unearthed in Turkey's city of Denizli. Celal Simsek, chief archaeologist at Denizli's Pamukkale University, calls it "unique". A better word is rare. Less than a hundred examples of this type of Hellenistic sundial have survived. It was found in the ancient city of Laodicea about 370 miles south of Istanbul. The sundial seems to have come from the archaeological site of one of the temples. As reported in the Daily Sabah, "Among the rare, largely preserved buildings in the city are the largest ancient stadium in Turkey, a theater and a sacred agora." The hemicyclium of pink marble has an outer edge decorated in foliage while the interior hemisphere has the traditional Greek names of the seasons. Hour lines deliniate the time. Almacantor lines show the solstices and a great circle marks the equinox. In AA Photo of the sundial at right, a needle gnomon has been restored to show how the sundial casts a shadow. Time and season are read at the gnomon shadow's tip.