Birkenau - A village with more than 200 Sundials 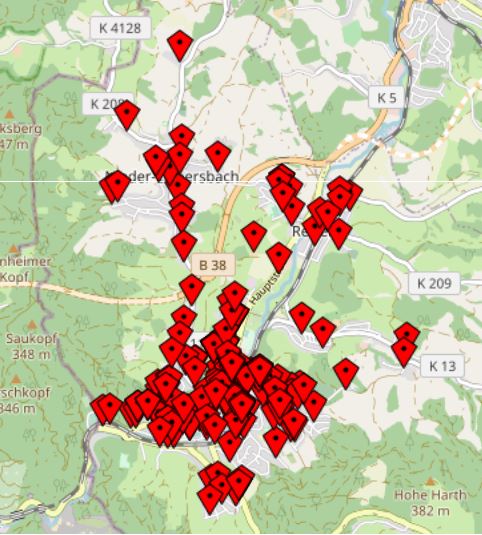 Seattle, WA wants to call itself the sundial capital of the world, but it runs a pale second to Birkenau, Germany. This small village in the south of Germany with about 10,000 inhabitants holds the record as the village with the highest density of sundials in the world. (https://www.sonnenuhren-birkenau.de/service-269/news/news-details/world-record-for-the-village-of-sundials.html). You can find sundials everywhere: on homes, in gardens, on the walls of public buildings, and there is even a Sundial Park with 28 dials by Vinzenz Philippi a sundialist from the Saarland region and 5 other dials from other dialists.

The Birkenau Sundial Society offers tours of the village sundials in German or English. If you venture out on your own there are four sundial trails with each dial clearly labeled.The majority of the dials are vertical and easily visible from the street. The second most polular dial is the Equatorial.

For only 2€ you can get the Birkenau sundial cube, a decorated cardboard box with a horizontal sundial on top. https://www.sonnenuhren-birkenau.de/service/kontakt.html The dial's gnomon is a pencil set for Birenau's latitude and longitude (40.5 deg N, 8.7 deg W).

The Birkenau Sundial Society promotes and preserves the historical sundials in Birkenau, constructs new sundials and documents all of them. https://www.sonnenuhren-birkenau.de/sundials-in-birkenau.html